skip to main | skip to sidebar

Could D-T Fusion Reactors have produced the Helium that could have prevented the explosion of the Hindenburg Zeppelin if practical D-T fusion technology had been available in 1937?


Math Monday - The Hindenburg Zeppelin had an internal gas cell volume of 200,000 cubic meters. D-T Fusion reactors produce no fission products but only non-radioactive helium as their waste product.
If the Hindenburg had been filled with helium from D-T fusion reactors, instead of hydrogen, might the terrible explosion of 1937  have been averted.

How many 1 GW(e) D-T fusion reactors would have been needed to completely fill the Hindenburg Zeppelin with non-radioactive helium in one year?

Hint:
D-T Fusion Reaction
D + T -> n (14.1 MeV) + He4 (3.5 MeV)
A 1 GW(e)-year D-T fusion power plant would consume about 100 kilograms of Deuterium and 150 grams of Tritium nuclear fuel producing 1 GW(e)-year of energy while producing about 199 grams of non-radioactive helium (and 50 kilograms of neutrons) as waste products.

ANS: About three hundred and sixty 1 GW(e) fusion power plants are needed to fill the Zepplin in one year.

What percentage of America's total energy consumption from all sources of 100 quads would be produced by the D-T fusion reactors needed to fill the Hindenburg Zepplin with helium in one year?

ANS: Three hundred and sixty 1 GW(e) fusion power plants would produce about 11% (10.76 quads) of the total energy consumed in the US while filling the Zepplin with helium (He)2 gas.

What mass of fission products would 360 1GW(e) LFTRs produce while producing the same amount of energy (100 quads)?

What mass of long half life transuranic waste would be produced by 360 1GW(e) LFTRs operating for a year?

Posted by Robert Steinhaus at 11:39 AM No comments:

BE A SCIENTIST - SAVE THE WORLD

We need a bold new ENERGY TECHNOLOGY PROGRAM similar to the APOLLO PROGRAM that will engage the minds of young Americans. A noble vision is needed to engage the imagination of the young to solve our collective power generation problem in a way that the SPACE PROGRAM engaged a previous generation. We need Boys and Girls to enter Physical Science and Engineering as they did after Sputnik and use their youthful energy and intelligence to design clean energy technology that will power the planet and help mankind avoid wars over energy resources. By 2050 the world needs to find a way to generate from 10 to 30 additional Terawatts of electricity (with the high end 30 Terawatt figure which is required to bring the rest of the planet up to the energy utilization level of the United States being much preferred).

What information, and what form of presentation, would engage the imagination of youth and provide them with a sense of MISSION to solve the planet’s energy scarcity problem (approximately 2 billion of the world’s people currently have no regular access to electricity)? Perhaps there is utility in examining influences that shaped the imagination of 1950's born children to persue the challenge of SPACE. As a youngster I found the following Disney special genuinely inspirational.


Posted by Robert Steinhaus at 3:59 PM No comments:

Dr. Patrick Moore, co-founder of Green Peace and more recently founder of Green Spirit and Co-Chair of CASEnergy Coalition, discusses the potential role nuclear energy can play right now and in the future. He calls nuclear energy "clean and sustainable" and says it would be ridiculous not to include it in the overall clean energy portfolio.

Posted by Robert Steinhaus at 5:25 PM No comments:

Would Thorium Powered Ships be better for the Navy?

The Navy is studying using alternative "green" fuels for powering Navy ships and would like to be climate conscientious while it defends the nation's shores. The Navy uses nuclear power for its largest ships but must use fuel oil for its smaller vessels. There is a style of nuclear energy that produces no green house gasses and is well adapted to mobile applications and safe operation under dangerous conditions as might exist in a sea battle.

The Navy could build substantially better nuclear power particularly appropriate for smaller Navy vessels based on alternative Thorium nuclear fuel in Molten Salt Reactors. Molten Salt Reactors have the highest energy density of any style of nuclear reactor (mostly because the molten coolant salt has the highest thermal transfer efficiency of any reactor coolant) and can safely change power levels and quickly respond to real time demands for varying power levels. Molten salt reactors tend to be physically smaller for a given power output and are not subject to core meltdowns or high pressure coolant accidents. When used in appropriate alternative reactors designed to burn it Thorium produces one hundredth the amount of nuclear waste [1].


The Navy would be better off with nuclear ships and would be a more effective integrated fighting force with both large and small ships able to operate at full speed for unlimited distances. A navy where only the largest ships are nuclear powered runs the risk of having to reduce speed and restrict range just to avoid outrunning smaller fossil fuel powered support vessels.

The power density and power to weight characteristics of Molten Salt Reactors is without peer among current Gen-4 nuclear designs (shielding must be provided for all reactors and shielding requirements can tend to swamp some of the advantages Molten Salt Reactors over other reactor concepts). The fact that salt coolant for Molten Salt Reactors operates at low pressure makes MSRs a safer and more suitable choice under battle conditions. If an enemy shell goes through the ship and damages the reactor plumbing or the reactor core of a MSR the fuel salt just drips into a flat collection tray pre-placed under the reactor and via this passively safe mechanism fission stops and the reactor stops operating. This beats core meltdown scenarios that other reactor concepts suffer when there is damage to coolant pumping in the primary coolant area. Physically small high power to weight reactors are important to get excellent high levels of performance out of small ships - MSRs can be successfully built in sizes as small as 2 MW and this permits use in even quite small Navy ships. MSRs do not require heavy forged steel reactor containment vessels to be safe – this is responsible for many performance advantages and high power to weight ratio when applied in naval applications in smaller ships.

Why not make plans for a future in which all Navy ships, not just the very largest, perform at high levels and exhibit extraordinary range and capability to stay on station as ordered without requirement for refueling?

VOTE to SAVE AMERICA'S URANIUM-233

The TEXT of my question is:
"There is a synthetic element called Uranium-233 that is valuable for curing cancer and for starting Thorium reactors in an extremely low nuclear waste generating mode. ORNL has been instructed by Congress to destroy all U-233. Can you help save it?
Robert Steinhaus, Castro Valley - Jobs & the Economy“

The President says he will answer the questions that receive the most votes in his Monday, February 1st interview so I am asking that you consider dropping by the Obama CitizenTube Website

then use the website SEARCH feature to search on "U-233" and vote up the  question by clicking on the upward thumb pointing hand.

The deadline for voting is Sunday at 8 p.m. EST.

Please vote for this question or submit your own “Save America’s U-233” question.

Perhaps we can get the attention of the President and staff on this important issue and save the natural best material needed for the startup charge for the first LFTR (although it is quite possible to start LFTRs on a wide range of fuels at somewhat higher cost and with greater complexity - particularly in the supporting reactor chemical plant).
Posted by Robert Steinhaus at 9:28 PM No comments:

On the way to Yottawatts - the 30 Terawatt Challenge

Why try to hide it. I am a nuclear energy advocate and I believe that improved forms of fission nuclear energy should be used to supply the world’s need for cheap and affordable clean power.


A context for Thorium - video presentation by Dr. Richard Smalley of Rice University regarding our "Energy Challenge".


Making good decisions generally requires getting the big picture right. If you start with an accurate "big picture" you have a hope of choosing effective supporting implementing strategies.

I think Dr. Smalley's presentation does a great job of presenting the big picture of the Terawatt challenge we face over the next couple of decades. If you haven't seen it you might find it interesting.
Posted by Robert Steinhaus at 9:08 PM 3 comments: 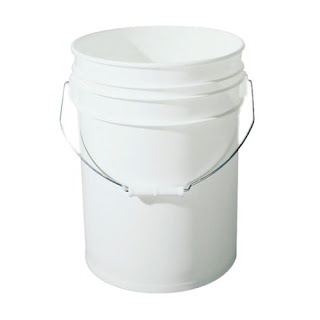 Sanitation can be a great killer in the aftermath of earthquakes.

Most relief organizations focus on other areas (delivery food, water, medical supplies, etc). Preparations are now being made for large tent housing facilities to accommodate the many homeless after the Haiti disaster. Experience from other tent city disaster scenarios suggest that unless provided for right from the start, basic sanitation and collection of wastes can cause spread of disease and can lead to many follow on deaths. It would be wise to implement an immediate sanitation program that couples the distribution of food and water with the collection of waste.


Distribute 5-gal plastic buckets to all families in the emergency tent camp.

Request that each family use the buckets to collect wastes and at least once a day visit the local latrine and dump out the bucket while receiving from a hired sanitation monitor a stamp on a food distribution chit good for food and water that day.

Under normal conditions, there should be a coupling, for the purpose of good sanitation practice, of daily dumping of the contents of the waste bucket in the latrine with a subsequent issuance of food and water. Use of the plastic buckets helps prevent waste collecting right next to the tents and then children getting sick from playing too near the wastes.

Robert Steinhaus
Old as the Hills or Aged to Perfection